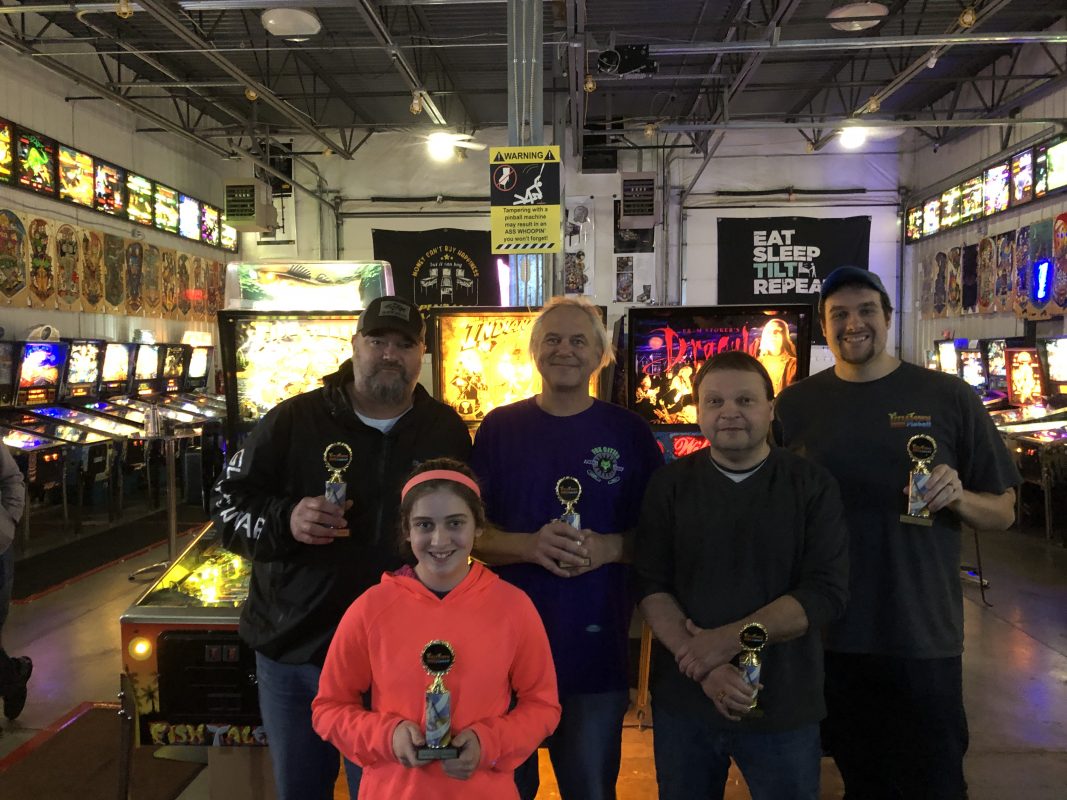 Both tournaments — all games on free play

Trophies for top 5 for Knockout tournament only

Both tournaments are IFPA approved

The tournament continues until there is one player remaining.

This tournament is free for everyone playing in the Main Tournament and won’t have any prizes other than IFPA points. It will consist of a 2 game qualifier that everyone plays. You will be ranked and receive points on those 2 games against the whole field. (1st 100, 2nd 90, 3rd 85, 4th 84,83,82,81,80, etc). The 8 people with the most points will play an 8 round playoff to determine the winner. 9th place and lower are eliminated.

You may start qualification for this as soon as practice begins. You play 1 game on 2 different pre-selected games. Qualifying will end as soon as the winner of the main knockout tournament has been determined.

You will be seeded according to qualifier; A group(1,4,5,8) and B group (2,3,6,7). A and B groups will do a 4 round, multi-match game, with IFPA group match play scoring. Games will be pre-selected in advance. Highest seed gets to choose their play order 1st then next highest seed chooses their order etc. The order you choose will be the same on all 4 tables. Multi-match means that all 4 games will be played at the same time with player 1 playing the first ball on game 1; then when that ball drains they move on to game 2 and plays ball 1; meanwhile player 2 steps up to the first game and plays ball 2, etc. Both groups play their 4 games and write down 7-5-3-1 on each game depending on their score. Those scores are added up. The top 2 continue to the finals. The bottom 2 are eliminated. But they will receive a ranking based on their IFPA scores on those 4 games. For example if eliminated player 1 scores 12 points and eliminated player 2 scores 15 points then in the final ranking that is submitted to IFPA player 2 will be ranked higher than player 1. So this way the 4 players eliminated will not all be tied for same position.
The playoffs continue with the top 4 players playing 4 games simultaneously to determine the winner. All ties will be broken with a 1 game playoff drawn at random only for the people that are tied in the top 8.