Play Nascar Pinball Machine in Green Bay, WI at District 82! Fast paced, many modes, great game from one of the best designers of all time!

This game features a voice over from Allen Bestwick, NASCAR television analyst for NBC. Music tracks include Sammy Hagar's "I Can't Drive 55"

This is a mode based game and has a large "race track" loop around the outside edge of the playfield. Has multiball, drop targets, ramps, pop bumpers, everything you'd expect from a modern Stern Pinball machine.

Features cars from three race teams - the No. 2 Miller Lite Dodge driven by Rusty Wallace of Penske Racing South; the No. 29 GM Goodwrench Chevrolet driven by Kevin Harvick of Richard Childress Racing; and the No. 21 Motorcraft Ford driven by Ricky Rudd of Wood Brothers Racing.

Designed by Pat Lawlor who's other games include Earthshaker, Funhouse, Monopoly, No Good Gofers, Red & Ted's Road Show, RollerCoaster Tycoon, The Addams Family, Twilight Zone & Whirlwind. You can play all these pins at District 82!

Spell "RACE" to light locks/multiball. If played well, this multiball can be quite lucrative.

District 82 has a large selection of high quality, well-maintained pinball machines in one location! Click the button to see full list... 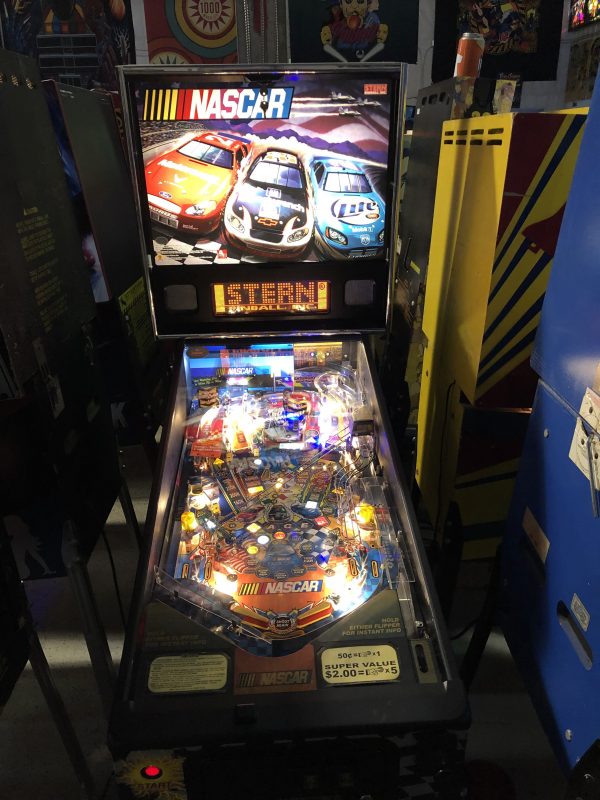