Play Fish Tales Pinball Machine in Green Bay, WI at District 82! Fishing plus Wisconsin equals an instant hit. This is a very popular game here. Has a fish on top of the machine that flops around when you hit important shots!

Fish Tales Pinball Machine features a criss-cross ramp as the main feature you shoot at in this game. This is called the boat. You hit 6 alternating shots on this ramp to light the monster fish which is the left spinner. At the center of the boat is a captive ball that has 5 awards on it. You light the awards from the long cast which is the right orbit. Also, has a giant fishing reel which holds the locked balls for multi-ball. Has a very cool video mode where you shoot torpedo's at boats and jet skis trying to hit them for points. The whole time a fish is flopping around on top of the game to keep you in the theme!

District 82 has a large selection of high quality, well-maintained pinball machines in one location! Click the button to see full list... 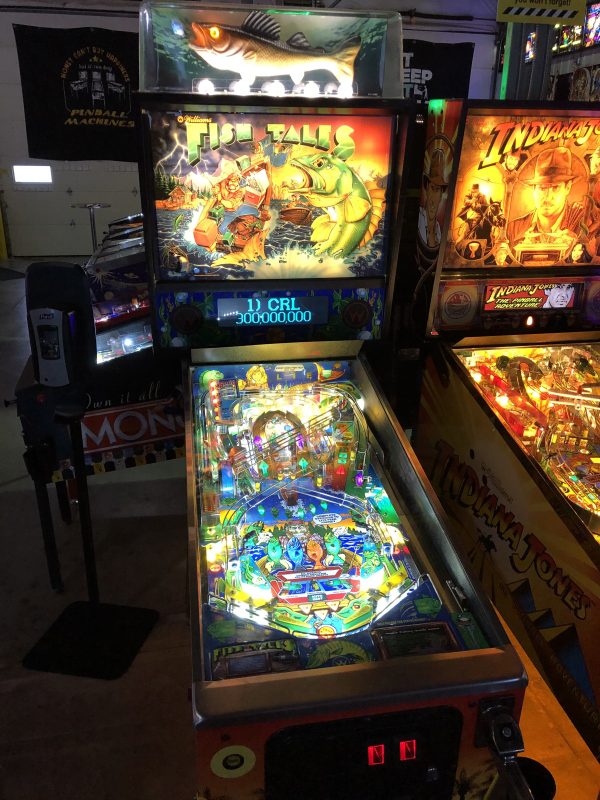