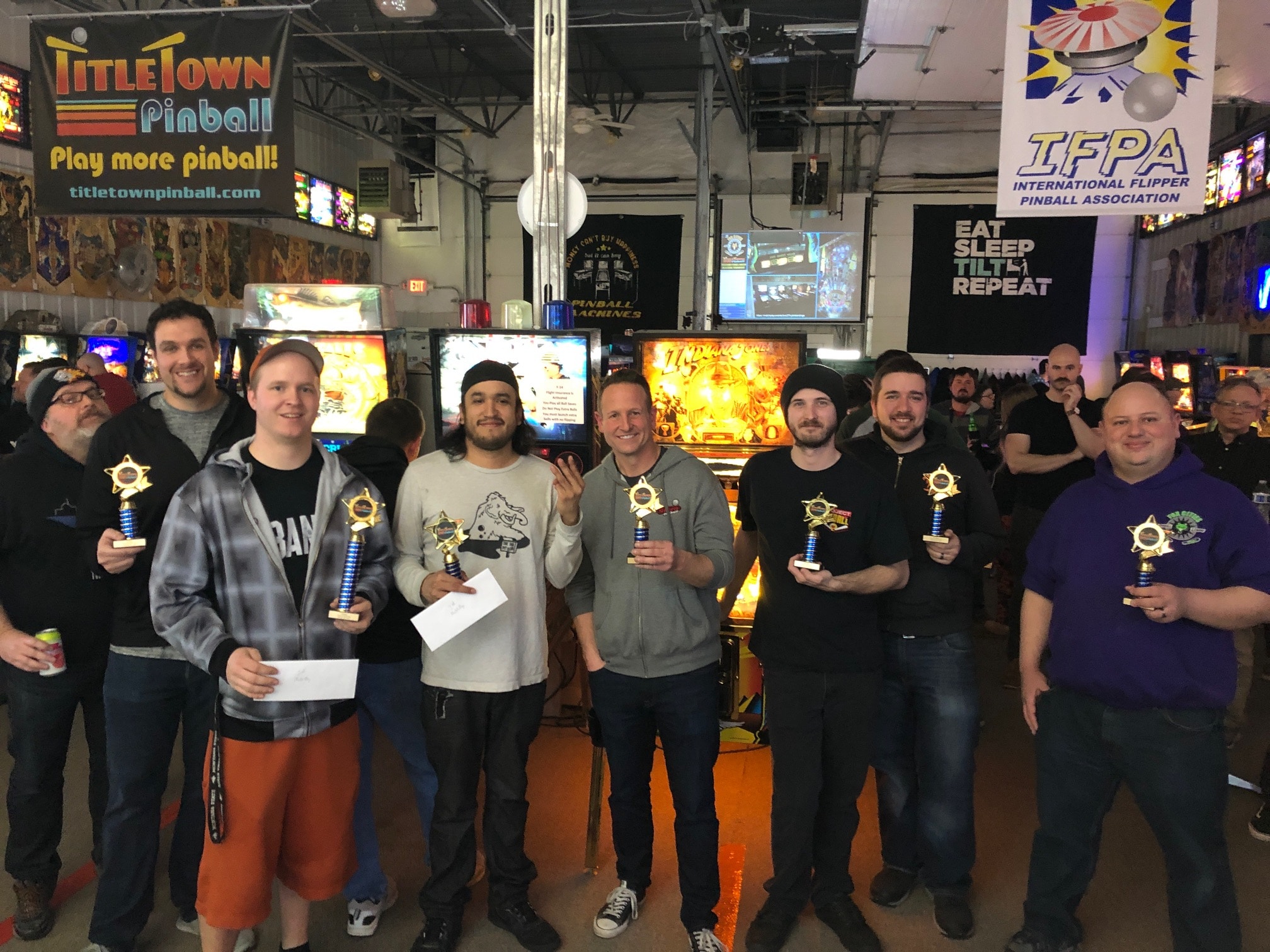 Both Tournaments total cost is $40 per player

Pay for the tournament when you arrive

Knockout Tournament Starts at the conclusion of Match Play Tournament about 4:00PM

If you are just playing in the 2nd tournament please arrive by 3PM to check in and practice.

Click the blue Register Button or Send email to [email protected] saying you want to register. This will automatically register you for both tournaments. You pay when you arrive.

$40 fee includes both tournaments or $25 for either tournament individually–if you only want to be in 1 or the 2 tournaments, still register on the website but then just send me a separate email stating which one you want to play in.

Food for lunch and dinner too.

Trophies for top 8 each tournament

The Knockout tournament will start after the conclusion and awards are given for the Match Play Tournament. I would estimate 4PM start time.

GAMES DRAWN UPDATE: Starting at 11:00PM all new rounds drawn will be on the older mostly non-DMD pins at District 82. This is the B group at District 82.