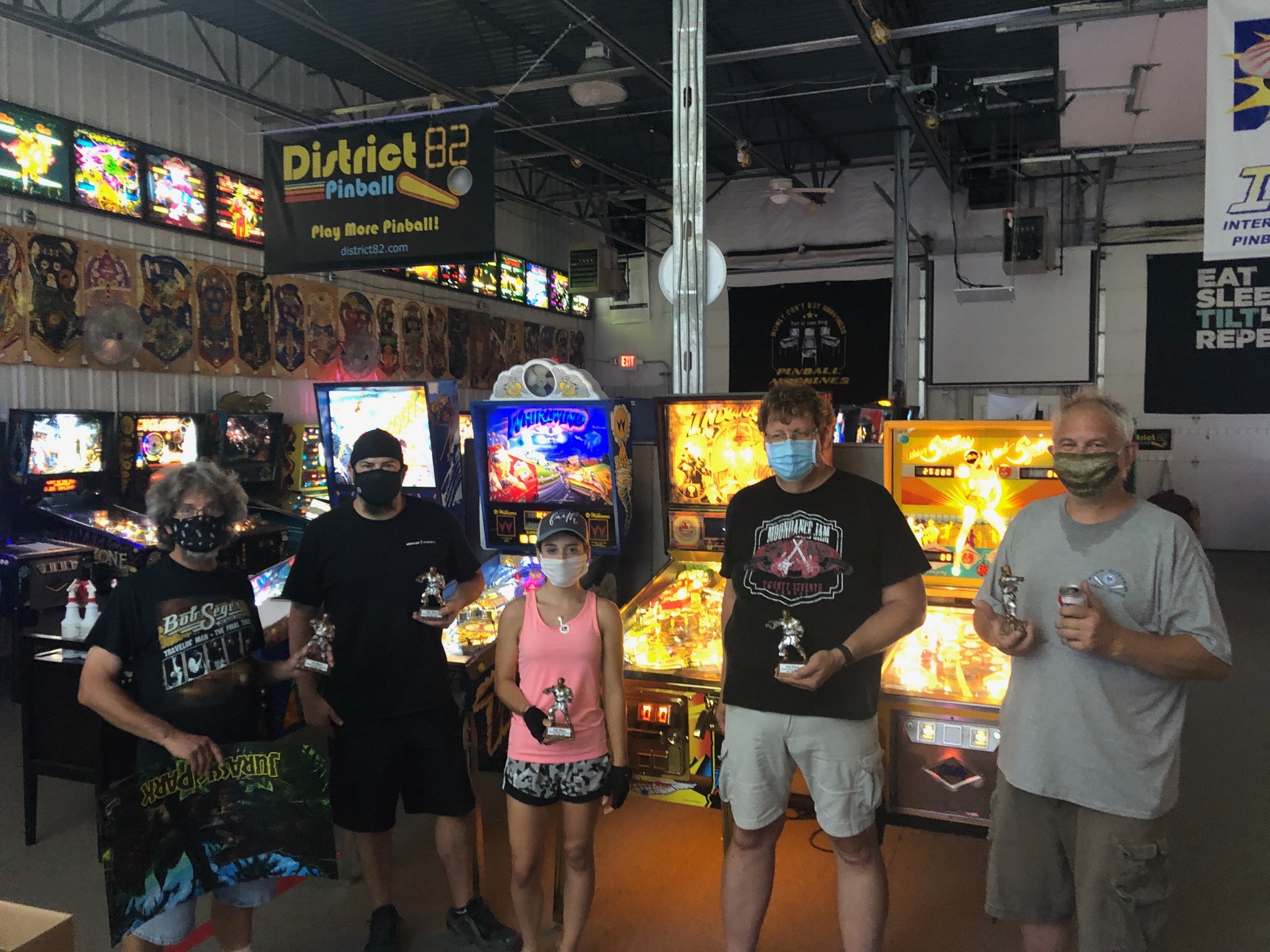 Not IFPA Approved, No WPPR Points

Please arrive by 4:45PM to check in

If you have not checked in by start of tournament and haven’t communicated that you will be late you will be removed from tournament.

Their is is blue button on the website that says “REGISTER” if their are still spots remaining. Please use it or if you are having trouble you can send an email to [email protected] saying you want to register and I can manually put you in.

Tournament is currently not IFPA approved

The Format will consist of 9 Rounds of Play in groups of 4 players (3 players if necessary).

Subsequent rounds will be seeded using Swiss Seeding. Computer will try to match people with the same win loss record each round.

In between rounds you can play any game you wish while you are waiting for the next round.

Top 12 players will get into the finals. I will set the software to automatic tie breaking (also never done this before) which takes into account the strength of the opponents you faced in determining your position. So you and someone else could have the exact same number of points but if the opponents they faced ended the tournament with more points than your opponents then they technically had harder opponents and would be placed higher than you in the standings.

If you do not make the finals you are welcome to stay and play games that are not in the finals.

Will be randomly awarded to players after the qualifying rounds but before the finals.

This is different than anything else I have done at District 82 Pinball. All players will be given a seed 1-12 based on the 9 qualifying rounds. This will consist of 11 pre picked games that all 12 players will potentially play in a certain order as 1 player games.

The lowest seed (#12) will play a full game on the first machine. They write down that score and this is now the ‘score to beat’ on this game. The next lowest seed (#11) plays the same game, if that player scores more points than “the score to beat” then they move onto game 2 and plays that game to establish the score to beat on game 2. At the same time the next lowest seed (#10) steps up to the first game and tries to score more than the ‘score to beat’.  Lets say they don’t beat that score and they establish a new low ‘score to beat’. Then they would be stuck at the first game and then the player (seed #12) gets to move onto the 2nd game to try and beat that score. As more and more players join in then more and more games will be played simultaneously and more ‘scores to beat’ will be established on each game. Finally the highest seed #1 steps up to the first game. At this point all 11 players in front of them have played this machine and most of the 12 machines in the finals have a ‘score to beat’ that has been established.  If seed #1 scores more than than the ‘score to beat’ than the player who was ‘stuck’ at this game with that score is out of the competition and gets 12th place. This continues on for the next 10 games until ultimately only 2 players are left on the final machine. High Score Wins.